Located in the village of Bernardvillé, just a short distance from
one of the Compostelle routes, its 8 hectares of vines are planted
on the only strip of blue schist in Alsace. Organically-grown on a
steeply sloping hillside, these plot’s vines lie on a unique subsoil
that dates back to the Precambrian (over 542 million years ago).
It is one of the highest vineyards in the region at 380 m with
south/south-east facing vines. It is said that it was here, in the
12th century, that the Cistercian monks planted vines. The monks
made no mistakes when it came to choosing their terrain.

In 2015 Schieferkopf decided to seek out new, outstanding
terroirs. They made their most interesting discoveries on the
other side of the Rhine, in Germany. Step one: the Baden wine
region, recognized for its "German Grand Crus". The discovery
of this outstanding terroir of granitic origin with a number of
south facing plots, has enabled Schieferkopf to produce a
Riesling with a strong mineral character. Then, the Franken
wine region, where a renewal of the Sylvaner (or "Silvaner" in
German) is taking place. Records suggest its birth place was in
Austria and it was implanted in Germany in 1665. Today, this
grape variety is being rediscovered. Finally, the Pfalz wine
region. This highly calcareous soil, situated in the second largest
wine region in Germany, brings out the unique character of the
Gewurztraminer ("Gewürztraminer" in German). This noble
grape variety has been growing in popularity in Germany in
recent years. 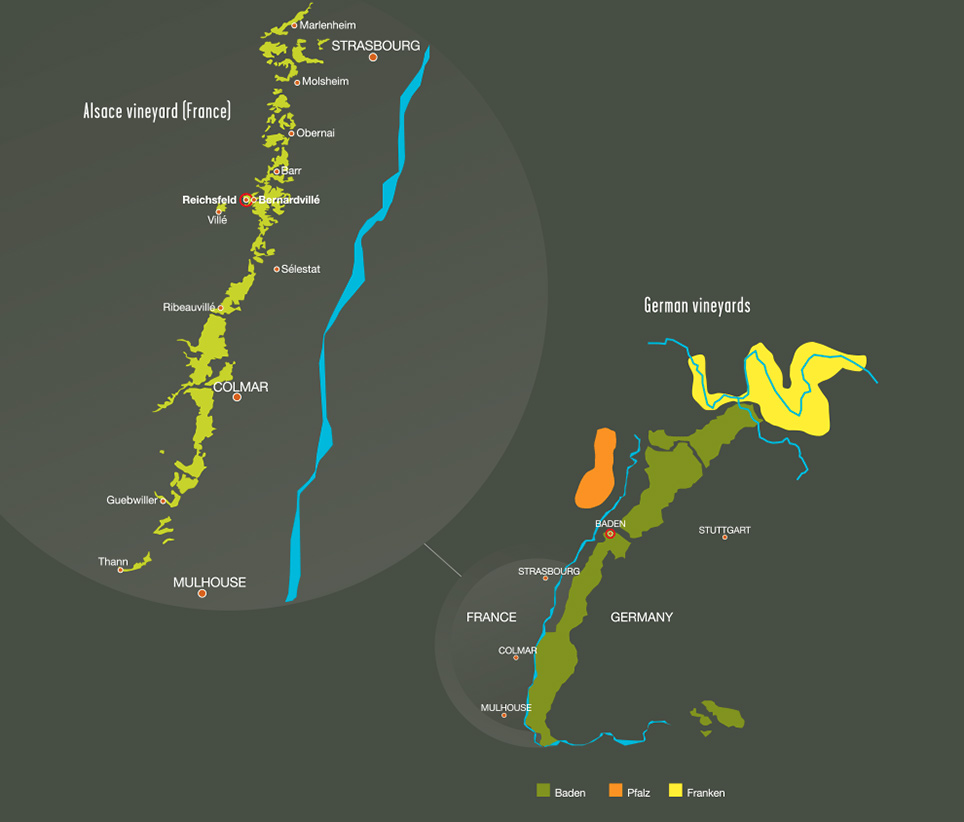